First let me explain to you that there is no Mr Sweet behind this business. There is myself, Naeem, and my associates Esther and Cole. 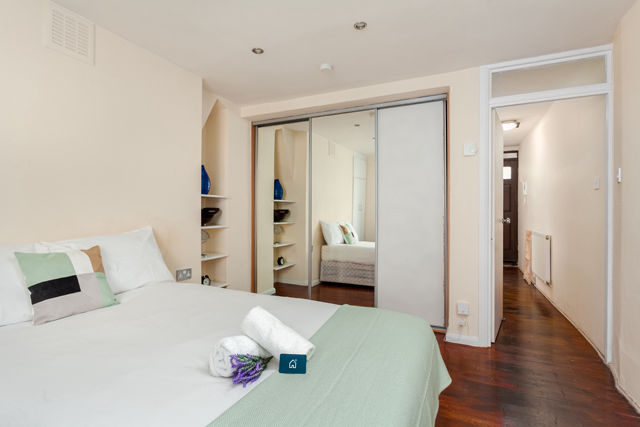 At the time I bought my first central London studio I bought it largely because of its price - low - and its location - wonderfully promising - being in Westminster with the lowest residential council tax in the country, yet only over the road from upmarket Chelsea.

The studio, being ex-council, was large by central London standards. It had wonderful links to all forms of transport but, even more importantly, it was situated between two large empty areas, one backing onto the river, the other being the up-for-sale ex-Chelsea Barracks.

Esther persuaded me that two huge empty spaces could not remain unbuilt for long and, as they would be very expensive to buy, they would have to be developed into luxury apartments simply for financial reasons. In no time my studio, which was in a historic brick-built Peabody Building and could not be pulled down, would be in the centre of an up-market development.

She was correct. The riverside site became Grosvenor Waterside and as the new buildings were designed to compliment existing buildings the block I had bought into effectively became part of that site. Soon the Chelsea Barracks site was sold to Qatari royalty who gave the work of developing it to the famous firm, Candy and Candy; If you wish to know more about their involvement, and it is a very interesting story, I suggest you Google Chelsea Barracks, Richard Rogers. Prince Charles.

Two lots of plans for the site have been presented to the public and then superseded but in the first years of my business I went round telling everybody that I was going to outdo the Candy brothers and even call my business Sweet and Sweet. Somebody else had registered that name so we became Sweet Apartments but we took the word sweet very seriously. We refurbished all our apartments as nicely as possible and whenever there was a vacancy we made sure they were clean and nicely furnished. We knew that prospective tenants might be shown a whole series of apartments one after another and decided we had to make our own as memorable as possible.

We always decorate them with flowers before viewings, leave a large bowl of sweets in the hope that agents and viewers will sit down and have a munch before moving on and we always make sure that bathrooms have soap, loo paper and loo cleaner in them. It seems a practical way of showing the world that we are sweet by nature as well as by name.